Secretely counselled by the same physician who used to head radiation studies at the World Health Organization (WHO) and at the Electric Power Research Institute (EPRI), California's Opt-Out Program now offers non-wireless analog meters Hydro-Quebec claims are no longer available.

People who have become intolerant to electromagnetic fields (EMF) should be allowed to keep their electromechanical (analog) meter rather than be imposed a “smart” electronic (digital) meter emitting radiofrequencies (RFs), former President of the the California Public Utilities Commission (CPUC) Michael Peevey admitted in a 2010 email recently seized by authorities thanks to a search warrant. Peevey’s email was sent to none other than Brian Cherry, Vice President of the big energy supplier Pacific Gas & Electric (PG&E), based in San Francisco. In January 2015, investigators from the Office of the California Attorney General seized their computers as part of a criminal investigation on possible collusion and corruption in the appointment of a judge favorable to a proposed rate increase that would have generated PG&E $1.3 billion in extra revenues. (Read: Former CPUC President Loretta Lynch–Flanked by Physicians and Researchers–Delivers Searing Indictment of Smart Meters and EMF Risks at Mountain View Wireless Summit.)

Since the beginning of their deployment in 2006 around the world, governments as well as water, gas and electric utilities have always claimed that smart meters pose no danger to public health. This despite thousands of complaints from users and doctors who reported a host of symptoms of electromagnetic hypersensitivity (EHS) which appeared or were aggravated after installation of these emitters of pulsed microwaves. (Read World's First Medical Study of Smart Meter Health Complaints.) However, on 6 September 2010, Peevey wrote to Cherry : “There really are people who feel pain, etc., related to EMF, etc., and rather than have them becoming hysterical, etc., I would quietly leave them alone.”

At the beginning of his message, Peevey confided: “If it were my decision I would let anyone who wants to keep their old analog meter keep it, if they claim they suffer from EMF and/or related electronic-related illnesses and they can produce a doctor's letter saying so (or expressing concern about the likelihood of suffering same). I would institute such a policy quitely and solely on an individual basis.”

Told about this confession, the President of the Association québécoise de lutte contre la pollution atmosphérique (Quebec Association Against Air Pollution or AQLPA), André Bélisle, “insistently demands once again that an independent public health inquiry be launched based on these new facts and revelations”.

But at the office of the Quebec Minister responsible for Public Health, Lucie Charlebois, nothing has changed. “Our position on smart meters remains the same,” said spokesperson Alexandra Bernier. She said the opt-out program offered by Hydro-Québec (featuring a non-communicating digital meter without RF emissions) is enough. Yet it does not help people living in apartment buildings close to several smart meters and can not convince their neighbours to pay opt-out fees.

WHO partnership with electric utilities Peevey's admission about electrohypersensitive was probably based on a well-informed source: an email dated September 15 2010 shows that the CPUC was advised by epidemiologist Leeka Kheifets, a professor of epidemiology at the UCLA School of of Public Health in Los Angeles who “serves on several international and national committees that advise governments on environmental policy, including the Scientific Expert Group of the International Commission on Non-Ionizing Radiation Protection (ICNIRP)”, according to her UCLA Web page. Dr Kheifets is most familiar with research on effects of EMFs on human health. “Prior to her professorship at UCLA, she was Head of the Radiation Studies Program at the World Health Organization and was a Technical Executive at the Electric Power Research Institute, where she directed a multi-disciplinary electric and magnetic fields (EMF) research program”, her UCLA profile adds. Her public opinions, which minimize the health risks of EMFs, are responsible for most national public health advisories on EMFs, which parrot the arguments of electric utilities and wireless industries. “Of all the people I know, Leeka Kheifets has done more to subvert EMF research than anyone,” says American epidemiologist Samuel Milham, the first scientist to discover an increased risk of leukemia among electrical workers overexposed to EMFs. “In my book Dirty Electricity, on page 80 I describe how she prevented me from filtering a Palm Springs elementary school, and on p 91 how she prevented me from filtering the library building at University of California at San Diego. Both places had female breast cancer clusters. Lou Slesin has covered activity in great detail.” Dr. Kheifets did not respond to our emails and phone messages, nor did CPUC and PG&E officials. While Dr Kheifets worked at WHO, her boss Mike Repacholi worked hand in hand with power companies, Slesin, who is Editor of the highly regarded newsletter Microwave News, revealed in October 2005. Repacholi invited six of their representatives to assist Kheifets in drafting and editing WHO's Monograph No. 238 Environmental Health Criteria on residential (60-Hertz) EMFs, published in 2007. Among the six international observers invited was a Canadian, Dr. Michel Plante of Hydro-Québec. Since 1983, this family doctor is responsible for protecting public health as well as that of the electric utility's employees. In recent years, he has also become a consultant for cellphone companies, for whom he has organized public talks on the safety of cell towers and also on the safety of smart meters and smart grids, in collaboration with Quebec's Public Health authorities. It is based on WHO's opinion that long-term exposure levels to low doses of RFs are well below ICNIRP and international guidelines that governments have concluded that cell towers and smart meters/grids pose no health risks. This despite RFs having been classified as “possibly carcinogenic” (Group 2B) in 2011 by the International Agency for Research on Cancer (IARC), a WHO agency of WHO, based on a doubling of the risk of brain cancer after at least ten years of intensive use (30 minutes daily on average) of mobile phones users, often on the same side of the head. Moreover, the survival rate from glioma (an aggressive brain cancer) decreases as use or a wireless phone increases (Carlberg and Hardell, 2014).

Industry and governments claim that “smart” meters and grids allowing wireless transfer of data have several advantages for the consumer. These include quicker power outage detection and repair, the possibility of connecting and cuting off consumers remotely, encouraging energy conservation by providing real-time information on power use and favoring the emergence of renewable energy (solar, wind, etc.). But in fact, this is all a hoax and smart meters only benefit utilities, says American telecommunications expert Timothy Schoechle, author of the report Getting Smarter About the Smart Grid. Schoechle is all but a radical ecologist. Since 1990, this pioneer of home automation has been Secretary of ISO / IEC JTC1 SC25 WG1, the international committee establishing home electronics standards. According to Schoechle and several other experts, wherever they have been installed, smart meters are associated with higher bills, the introduction of time-of-use rates (higher during peak demand periods and lower off-peak), invasion of privacy (utilities sharing data on consumer habits) as well as  increased risks of hacking and fire. 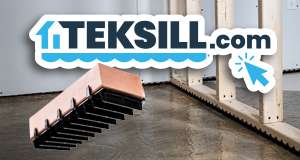 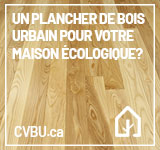 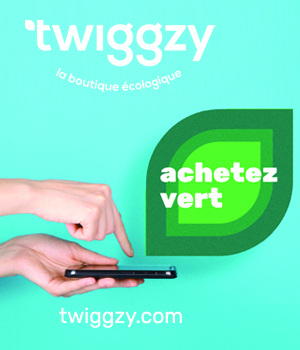