(Follow-up to "Wireless electrosmog: was Canada's Health Minister misled by her officials?''

Health Canada rejects accusations its employees lied to its Minister Dr Jane Philpott, to justify her rejection last October of the recommendations made by the Standing Committee on Health to reduce exposure to radiofrequencies (RF) from wireless technologies. Federal Safety Code 6 "has always set and maintained a human exposure limit that is well below the threshold at which adverse health effects can occur," says Health Canada spokesperson André Gagnon. Yet the justifications given to the mMinister contradicted testimonies by independent experts quoted by the Standing Committee.

The accusations were made in a letter sent to Minister Philpott in January by a retired Canadian Armed Forces Captain. For 22 years, Captain Jerry Flynn was an army expert in electronic warfare and intelligence communications. According to him, "since the 1930's, more than 6,000 studies have been accumulated, producing an irrefutable conclusion that exposure to microwaves and [domestic] electromagnetic fields is considerably detrimental to all life and human health. (...) The truth has deliberately been suppressed by Western countries in favour of military interests and unprecedented corporate and government profits which these countries now enjoy! (...) Such a callous disregard for the public's health, well-being and safety calls for an exhaustive international criminal investigation at the highest possible level, for this truly constitutes a heinous crime against humanity!" Health Canada categorically denies these accusations.

In 2015, Health Canada updated Safety Code 6 to take into account recent scientific data from studies carried out worldwide in the establishment of acceptable limits, departmental scientists considered all peer-reviewed scientific studies and employed a weight-of-evidence approach when evaluating possible health risks of exposure to RF energy. This approach takes into account the quantity of studies on a particular endpoint (whether adverse or no effect), and more importantly, the quality of those studies. Poorly conducted studies (e.g. those with inadequate control samples) receive relatively little weight, while properly conducted studies (e.g. all controls included, appropriate statistics) receive more weight. While some studies have reported biological effects below Canadian and international safety limits, the range of scientific evidence does not support a link between RF, EMF, and health effects.

The limits recommended for exposure to RF energy are designed to provide protection for all age groups, including infants and children, on a continuous basis. Based on a thorough review of all available data, it is Health Canada’s position that the health of all Canadians is protected from RF energy when the human exposure limits recommended by Safety Code 6 are respected. Departmental scientists considered all available peer-reviewed scientific studies, including studies pertaining to both thermal and non-thermal health and/or biological effects. Safety Code 6 has always established and maintained a human exposure limit that is far below the threshold for potential adverse health effects.

Given that cell phones are used frequently and in close proximity to the body, Health Canada has provided additional guidance to concerned cell phone users, so that they may take practical measures to reduce their exposure to RF energy. These measures include limiting the length of cell phone calls, using hands-free devices, and replacing cell-phone calls with texting. While there is no evidence that children and teenagers are at increased risk, Health Canada encourages parents to limit their children’s use of cell phones, as children are often at increased risk from a variety of environmental factors. It should be noted that this advice pertains only to cell phone use, and not to RF energy exposure from Wi-Fi devices, since the intensity and distribution of the RF energy absorbed within the body from these devices are very different.''

''Health Canada (HC)'s reply would be laughable if it weren't so full of utter lies and discrepancies.

1) In 1966, Health Canada, the UK, Australia and New Zealand (the 'five-eyes' countries) all simply went along with the US military and industry (i.e., whose interests today are determined and protected by IEEE/ICES TC 95, SC-4), which at that time elected to adopt the US Navy's thermally-based guidelines [which state microwaves are safe if they do not heat human tissue], which were determined by the US Navy in 1953 by former Nazi scientist Dr. Herman P. Schwann.

2) Yes, HC made minor changes to Safety Code 6 (SC6) in 2015, but it is commonly believed that mounting pressure (from every quarter of the globe, not just from within Canada) was such that they felt compelled to make some changes to SC6!

3) The person today who is largely responsible for SC6 is Dr. James McNamee, and it was he who stated in 2013 in a Quebec Superior Court that SC6 applies only to effects of thermal radiation. It must be noted that Dr. McNamee has been a member of the above-mentioned ICES (International Committee on Electromagnetic Safety) since 2001!

4) HC's own former scientist, Dr. Art Thansandote (who retired recently from HC), continues on in his role of Co-Chairman of the very committee (SC-4), a position he has held for at least 10 years!

5) You'll note in HC's reply, they mention only RF, not ELF! Extremely low frequency or ELF is better known as 'powerline' frequency, the 60 Hz electricity which lights and heats much of North America's communities and industries.

6) They ignore any criticism that industry has, since at least 1966, taken over governments. Take for example that the largest contributor to the WHO today is the Bill and Melinda Gates. They ignore that in Canada the ties to industry are odious and palpable (see Repacholi, Krewski, McNamee, Thansandote, to name but a few)!

7) It is absolutely inexcusable and, in my view, criminal, that Industry Canada allows electric utilities and the wireless and telecom 'industry' to use the frequencies within the band 1-5 GHz, given that the militaries of the world have known for decades that these are the most lethal/harmful to humans and all forms of life!

8) HC, the WHO, ICNIRP and ICES are all extremely careful to use precisely the same words to describe the 'safety' of their products: i.e., 'based on weight of evidence' - as opposed to 'the quality of evidence'. One must realize that since the mid-90's, private sector research has virtually dried up, due to funding cuts. Consequently, military and industry have generated the vast majority of so-called 'research' - hence the term, 'weight of evidence.

9) HC, the WHO, ICNIRP and ICES all deliberately ignore the US military's own studies (thousands of them) which prove NON-thermal radiation is harmful to humans and all living things. Also that it causes cancer, etc.! Also that 'pulsed' radiation is more harmful to human cells etc. than is continuous wave (the type of radiation emitted by microwave ovens).

10) HC and those named above also deliberately ignore the numerous studies done by the Soviet-bloc countries over a period of some 35+ years.

11) HC and those named above also cavalierly ignore the protests of the majority of the world's EMF scientists (223 scientists from 41 countries) who appealed to all levels of governments to 'protect mankind and wildlife from EMFs and wireless technology'!

12) It needs to be noted too that the latency period for most serious diseases generally is at least 10 years or more. Yet military and industry 'studies', by design, seldom last more than a year or two. Even the US telecom industry's own largest-ever study, done by Dr. George Carlo (1993-1999, cost $26.5 USD), was abruptly terminated its CEO (who commissioned the study) when he became aware of the even the initial results! He fired Dr. Carlo and his 200-odd scientists and buried the report! Dr. Carlo's house subsequently was burnt down! That same CEO, Tom Wheeler, is now Chairman of FCC (Federal Communications Commission);

13) Because of 1) (above), HC and its corrupt cohorts, when reviewing studies, consider only those based strictly on THERMAL effects, i.e., heating of the skin.

14) For purely commercial and military interests HC and its corrupt allies all refuse to admit that there is such a thing as NON-thermal effects. To them: "If it does not heat the skin; it can't be harmful."

15) Not a single consumer wireless product/device has every had to undergo pre-market, independent testing to prove that it is safe to be used by, on and around people of all ages, of all sizes, of all levels of wellness on a continuous 24/7/365 day basis in perpetuity.

16) None of the above acknowledges that radiation (EMF) from all sources is cumulative and increases (as smoke does in a room as more people smoking enter the room).

17) Not one CEO of any electric utility or wireless telecom company has ever stated publicly, in writing, that their products are safe!

18) Lloyd's of London, Swiss Re and other major insurance companies refuse to provide liability insurance against alleged health effects attributed to anything wireless.

19) Although I could go on, my closing comment must be that the industry-controlled WHO, in 2011, classified EMF a "Possible Carcinogen." That being the case, why did not HC or ANY Western government immediately demand a halt be placed on any further roll-out of 'smart' meters? Why did they not then also halt any further roll-out of what has since become a growing ocean of wireless devices/products - even baby monitors? Absolutely shameless, disgraceful!

Whatever happened to the 'Precautionary Principle" scientists around the world have been calling for for decades? This has to be the human race's darkest moment! Remind me again, what is HC's primary mission? Is it not to protect the health, safety and well-being of its citizens?" 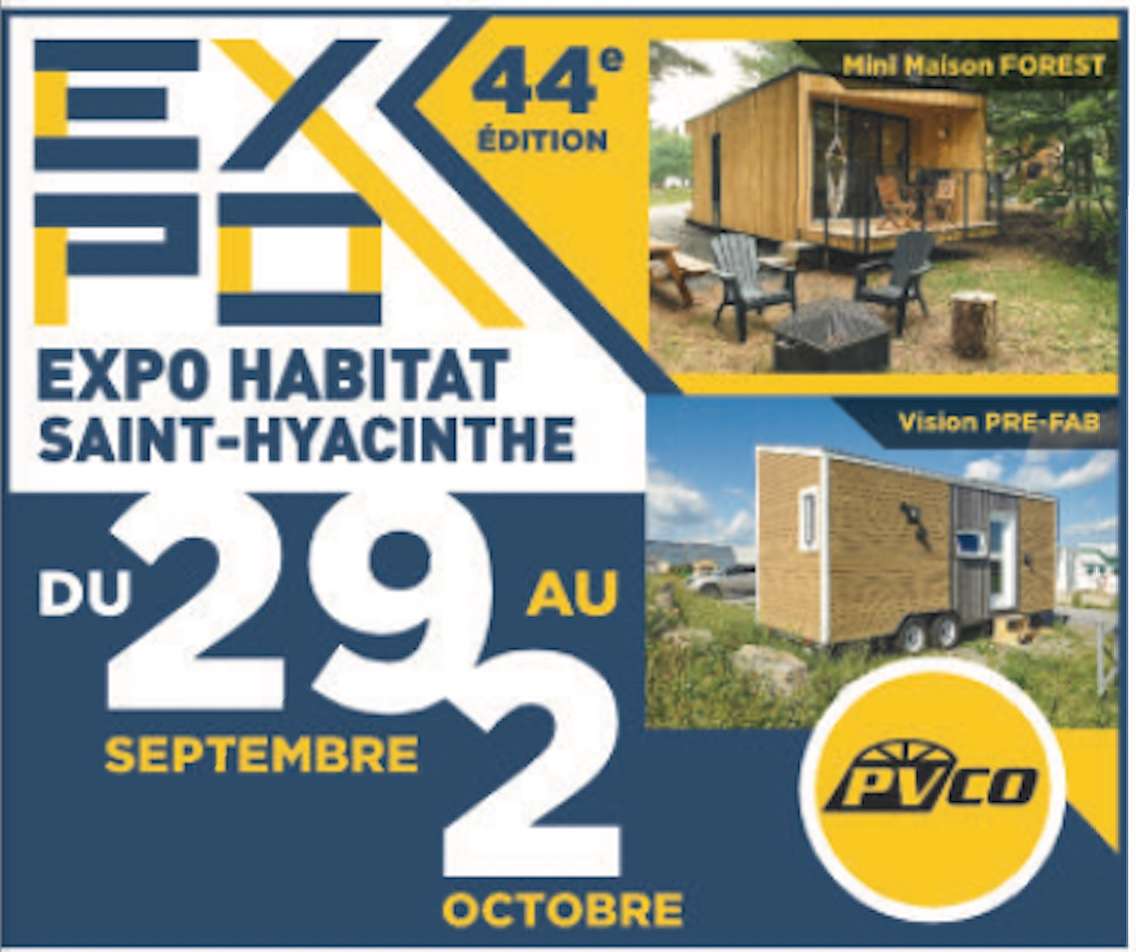