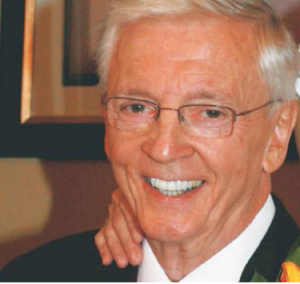 A former microwave warfare specialist in the Canadian Armed Forces, Captain Flynn is well known for showing up the ''corruption'' at Health Canada that allows electromagnetic fields (EMFs) to continually cause illness and premature death. Outraged by this scandal, he recently self-published this unique book which is a printout of a huge Powerpoint presentation (more than 600 slides) he previously sent me. Flynn is well known for the many well-documented and passionate letters he has written to warn politicians and officials about EMF hazards.

His book unveils the history of this scandal with countless references proving that the electrosmog dangers have been known and hidden by the military for decades. It covers everything from the first diagnosis of electrohypersensitivity by a German physician in 1932 to the risks of new 4G and 5G technologies and how the Reagan and Clinton administrations cut funding to the US Environmental Protection Agency (US EPA) which they ordered to stop investigating this issue. Most independent EMF researchers also saw their funding dry up after they published inconvenient truths, including Milton Zaret who discovered that microwaves can cause cataracts. Flynn tells us that in 1982, Zaret even obtained a New York Supreme Court ruling acknowledging that his evidence confirmed the existence of electrohypersensitivity. 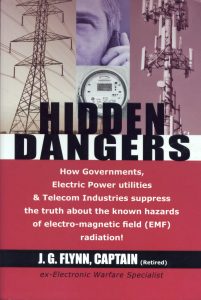 His book is especially valuable by providing hyperlinks to dozens of military documents on the subject. He notably mentions Soviet and American mind-control projects using microwaves intended to act directly on the brain. Although the book contains broken hyperlinks and a few inaccuracies (confusing milliwatts and microwatts and not specifiying if they are expressed in cm2 or m2), it is an essential tool because it quotes many critical but little known sources. Jerry Flynn bequeaths a major work that proves we have been lied to for decades about the hazards of electric technologies since the invention of the telegraph in the late 19th century. Here is how Flynn describes his book.

Notes:
1) Anything in which electrical current is flowing produces hazardous electric and magnetic fields (EMFs), which includes all of the above!
2) Lloyd’s of London underwriters will not pay for claims: “directly or indirectly arising out of, resulting from or contributed to by electromagnetic fields, electro-magnetic radiation, electromagnetism, radio waves or noise.”
3) There is NO material available on the market today that can protect people from magnetic fields!

In North America, magnetic fields are measured in units called ‘Gauss,’ and non-industry scientists, globally, say that a ‘normal’ safe level of magnetic field in homes or schools should not exceed 1 mG (one-thousandth of a Gauss); but industry-captured governments and Regulatory Agencies say that up to 2,000 mG is safe! This outrageous difference enables electric utilities to build overhead power lines, substations, etc. dangerously close to schools, homes, hospitals, etc.!

Non-industry scientists also say that the ‘safe’ radio/microwave frequency exposure Limits, to which the public in Western countries can be exposed (from all of today’s wireless products, including smart meters, baby monitors, cell phones, etc.), need to be: a) reduced 3-6 million times; and, b) biologically- not thermally-based! Today’s thermal-only ‘guidelines’ enable industry to produce their ever-expanding galaxy of extremely profitable wireless products – all of which emit hazardous non-thermal EMF radiation – which, because of the obscenely-high ‘safe’ Exposure Limits permitted, enables industry to install wireless products in cancer clinics, hospitals, nursing homes, schools, public buildings etc., and to locate cell towers close to hospitals, schools, residential areas, etc.

Hidden Dangers is a truly one-of-a-kind, 344-page, evidence-packed exposé of industry-captured governments and how, together, they are responsible for what scientists today say is proving to be the disaster of the 21st century! The book is divided into 10 Chapters: Electro-Hypersensitivity (EHS); the U.S Military-Industrial-Complex; the News Media; Electro-Magnetic Radiation (EMR) and Safety Code 6; Cell Phones; Cell Phone Towers; Wi-Fi; Powerline Frequency EMFs; Smart Meters, and National Security. In all cases, references are provided.”

‘‘An extremely brilliant scientific book that can be referenced, understood and used constantly to facilitate discussions and debates among 7 to 107 year olds. Only the Bible has the same potential! Whatever the Oscar of the book world, you deserve it! It's like a directory/research dictionary that you can take anywhere in the world and use. I feel honored to know you. Good luck with your sales. ”