After many years of practicing and teaching environmental medicine to allopathic physicians, American naturopathic physician Dr Lyn Patrick ND suddenly became a clinical case of her own when she lost her tolerance to electromagnetic fields (EMFs). Fingers tingling, tinnitus (ringing in the ears) and other tell-tale symptoms suddenly raised her awareness of EMFs like never before. That is one reason why the expert in chemical overload, mold poisoning and infectious diseases is proud to cochair — with Dr Lisa Nagy —the upcoming medical conference, Diagnosing and Treatment : Effects of Electromagnetic Fields Exposure, slated for Sept. 6-8 in Santa Cruz, California. 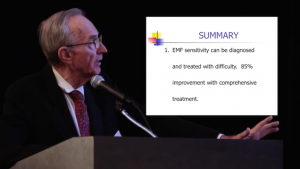 The event will be held in memory of one of her mentors, cardiothoracic surgeon Dr William J. Rea MD, who passed away last August after an outstanding career at the world-renowned Environmental Health Center - Dallas (EHC-D), which he founded in 1974. It all began after his son and later Dr Rea himself were poisoned by overexposure to pesticides. They were treated by Dr Theron Randolph MD, the famous allergist who founded the American Academy of Environmental Medicine in 1965 and would become his mentor. In 1991, the Journal of Bioelectricity published a historic provocation study (Electromagnetic Field Sensitivity) led by Dr Rea. It confirmed for the first time that electrohypersensitivity (EHS) was a bona fide health condition triggered by EMFs, also called EMR for Electromagnetic Radiation.

“In April, 2018, Bill Rea gave a speech at Environmental Health Symposium the which I run, Dr Patrick, Medical Director at the Colorado-based Progressive Medical Education inc, recounted in a video interview available on our Maison21e Youtube channel. He came to me and said, 'I really need you to help me put together a conference on EMFs because there is going to be a rollout of 5G [fifth generation cell phone] frequencies and it will have devastating consequences on public health'. Of course I was honored and I said yes. We must teach healthcare providers about this.” [Read A 5G Wireless Future, by Dr Cindy Russell MD.]

The event will feature top EMF & health experts who will teach physicians the strategic art of detecting and treating the effects of low and high-frequency EMF radiation, as well as how to reduce one's exposure. EMFs synergize with biological and chemical pollutants, a critical disease factor unknown to most physicians and other health professionals, according to Dr Patrick. “I am forever frustrated by doctors who give their patients detox miracles, you know those products for a seven-day detox, without even understanding what the exposures are that people need to avoid, so they just continue to expose themselves. It's good for doctors, right? They make lots of money treating people for long periods of time without ethically doing environmental medicine.” 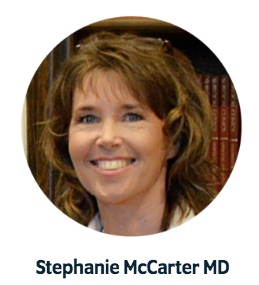 Dr Stephanie McCarter MD, who worked with Dr Rea for 15 years at EHC-D, is carrying on his legacy there with its new owner, family and functional medicine specialist Dr Elizabeth Seymour MD. Both will be among the world-class speakers featured in Santa Cruz. They will notably speak about the importance of taking a good environmental-exposure history and about the leading-edge diagnostic and treatment tools they use. A great example are provocation-neutralization tests that detects and neutralizes the triggers of multiple food, microbial, chemical, pollen, mold, metal and implant hypersensitivities, conditions which the vast majority of their patients share. 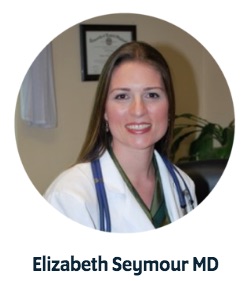 Most patients arrive at EHC-D in the same critical state Dr McCarter experienced in 2000, when she consulted Dr Rea after 10 other physicians failed to help her. He quickly discovered she had been poisoned by mold and pesticides in what she thought was a dream home, in Indiana, not to mention a bad reaction to anesthetics used for a cesarian delivery. “I never learned that in medical school. We just treated the symptoms with medication... The first time I walked into his clinic, my symptoms that had been ongoing immediately began to disappear. That helped me realize one of the biggest things Dr Rea taught which is that 75 % of medical treatment should be environmental control.”

Dr McCarter says EHC-D is probably the only clinic in the world that has five times lower levels of volatile organic compounds than the norm and an EMF-shielded provocation room where people can be tested for EHS and also recover from overexposure to radiation. Most patients she sees are so overwhelmed by years of environmental injuries that it takes several days for their immune, neurological and other symptoms to calm down in this pristine environment. Many can not even take vitamins nor supplements because they react to them. Lyn Patrick explains: “They have lost their capacity to differentiate non self, what is not part of the human body, that's safe, from not safe. As Bill Rea used to say, this loss of tolerance is a crucial step in the development of environmental illness. So these people are long past losing their tolerance. The process of getting well is a very specific process of helping them begin to detoxify in a safe environment and slowly be able to tolerate inputs of nutrition and botanical and some medications.” 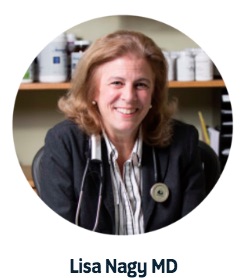 Dr Patrick's cochair Dr Lisa Nagy is Boston-based emergency medicine specialist whose life was also saved by Dr Rea. “She is passionate about having electrohypersensitivity recognized and is working on this with federal agencies such as the Deparment of Veterans Affairs and the National Institute of Environmental Health Sciences (NIEHS), a subgroup of the National Institutes of Health. She actually helped put on a program for the federal government thru NIEHS that is viewable on the Web. She is one of our great leaders.”

Much like Dr McCarter and many other MCS and EHS patients, Dr Nagy became electrohypersensitive after being harmed by mold and oral galvanism (a mouthful of metal implants which act like antennas and can release toxins in the body, such as mercury-laden fillings). “We know from some of the research that will be presented by our European colleagues that those who are exposed to mycotoxins from water damage and mold growth are much more at risk for being sensitive to EMF/EMR exposure”, Dr Patrick said. 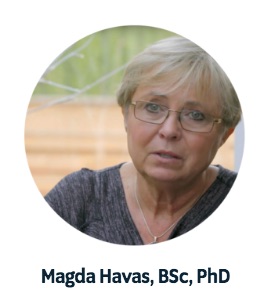 The other EMF Conference's famous speakers will be:

I'm very impressed with the quality of these admirable speakers assembled by the Conference organizers, including Director Pam Chaloult who has produced and facilitated hundreds of social change business conferences. 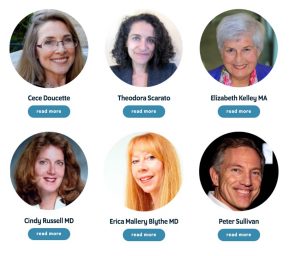