5G: an outraged grandfather's letter to his grandson 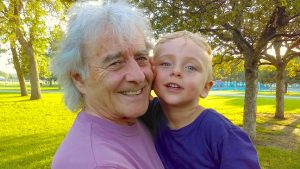 Documentary filmmaker and one of the directors of Radio-Canada’s Science-Réalité and Découverte television shows for 25 years, Pascal Gélinas wrote this letter to his grandson so that he could one day "understand his torment".

When your dad took this picture, I was a happy grandfather. I had my little worries, like everyone else. But really, with a sweetheart who lights up my life, with your parents whom I adore, and with you, the apple of my eye, I was a fulfilled grandfather.

But now, for a year, my life has changed. The virus of indignation has seeped under my skin and lodged where it ends up most often, in the pit of my stomach. My dear little one, I have become an indignant grandfather! I am writing to you so that later, when you read this letter, you will understand my torment.

At first it manifested in astonishment. I did not understand that we could allow the deployment of the 5G telephone network, with its millimeter (mm) waves, its forest of antennas and its umbrella of satellites, without any study assessing the risks to my health, yours and that of all the children who will have to remake this already too damaged world.

In 1976, I was 30 years old. Your father was not yet born. That year, the US military produced a secret, now declassified report documenting research by Russian scientists that revealed in detail the damage that radio waves have on human and animal health. Of course, like most everyone else, I didn't know.

About 20 years later, around the turn of the millenium, I received my first cell phone, courtesy of my employer. Since then, wireless telephony has experienced a phenomenal expansion: there are currently more than 5 billion cell phones in circulation on the planet. And to assess their health impact, our governments rely on outdated radio frequency/microwave (RF/MW) exposure standards that allow wireless carriers to play Russian roulette with our health.

Eventually, the red light came on. Since thousands of studies, which the industry seeks to discredit, warned us of the danger, we had to get to the bottom of it. For 10 years, with a budget of $ 30 million, the United States undertook the most comprehensive research ever to assess the health effects of exposure to cell phone radiation. A crucial task entrusted to the highly regarded US National Toxicology Program (NTP). Published in 2018, this research demonstrated beyond any doubt that cell phone radiation caused cancerous tumors in the nerves surrounding the heart of rats and significantly increased their risk of brain cancer. The radiation also damaged their heart and DNA. My dear grandson, do you think this has made the wireless industry more careful?

On the contrary, with the complicity of the government, it is installing a cell-phone network that will use mm waves for the first time, which may triple the RF/MW radiation to which you and I are exposed, whether or not we use wireless devices. Even if your parents give you all their love and healthy food, you may soon have to live, eat, play and sleep about 15 meters from an antenna placed on a pole in front of your house. Why? Because eventually, almost all the things we buy, furniture, toothbrushes, toasters, mattresses, appliances, even the toys that I will give you at Christmas, will contain a chip that will exchange data with millions of antennae placed everywhere, along the streets, on bus shelters, traffic lights, church steeples, the roofs of schools and train stations, and even on buildings where people like you and I live. In Montreal alone, up to 60,000 antennas will be able to communicate with one million objects per square kilometer. So that a liter of milk in the fridge can tell us it's empty. So that the baby's diaper in the cradle can warn us that it is full. So that our daily life, transformed into digital data, can be sold to the highest bidder. This is the new golden egg chip. It has been given a scholarly name: the Internet of Things.

Too bad for the bees and the birds, which will no longer be able to orient themselves and will die. Too bad for trees that will be felled because their leaves block mm waves. Too bad for foresight, because to allow these billions of objects to communicate, we’ll have to mine the last deposits of rare metals on the planet. Too bad for our security, because the exponential proliferation of access points of this new technology will facilitate identity theft, theft of personal data and cyber attacks. Too bad for the climate, too, because 5G base stations are expected to emit three times more greenhouse gases than 4G base stations to feed the digital ogre. In China, whole cities are already cutting off the power to 5G at night, because it is so energy intensive.

Unless there are no antennas within 500 meters of your school and unless its management has replaced Wi-Fi with hard-wired connections, you will find the same electromagnetic fog crackling all over town. It could affect your memory and concentration. Your growing body, like that of your classmates, will absorb twice as much radiation as that of your teachers. In the short term, my poor love, you are likely to have headaches, nausea, dizziness and tinnitus. Over the years, day after day, this RF/MW soup may cause you cancer, heart problems or diabetes. Worse still, you risk not being able to conceive any more, never to become a parent.

Your grandfather is no exception. This proliferation of RF/MW radiation could damage my eyes. I'm afraid that a veil may hide the glow of your face from me. My memory might erode faster too. I, who helped build this country, am afraid of losing track of your name, of being exiled to the land of oblivion.

This is my story, my dear grandson. A sad story of pirates who want to kill the beauty of the world.

But now let me tell you about my dream, my deepest hope. When you grow up, I think this mess will have become history. Governments will have put an end to the collective blindness, as with tobacco, DDT, lead or asbestos. They will have abolished the right to pollute and our health will have become their GDP. By the time you are 30, the millions of small-cell antennas that disfigure the landscape will have long been unhooked. Cellular telephony will be much better designed. Optical fiber will deliver Internet signals 10 times stronger to the heart of our homes, schools and workplaces, a balm for nature and humans.

In the meantime, every day lost, every excuse invoked, every tactic invented only increases the damage to human life, to the environment and to the generations who will have to fix the broken pieces. When you understand the cause of my indignation, my dear love, let's hope that it is not too late for the bees, the trees and the birds. And so that they can reinvent the world, let's hope that children can be born and grow up where there will be only sun, rain, clouds and wind. 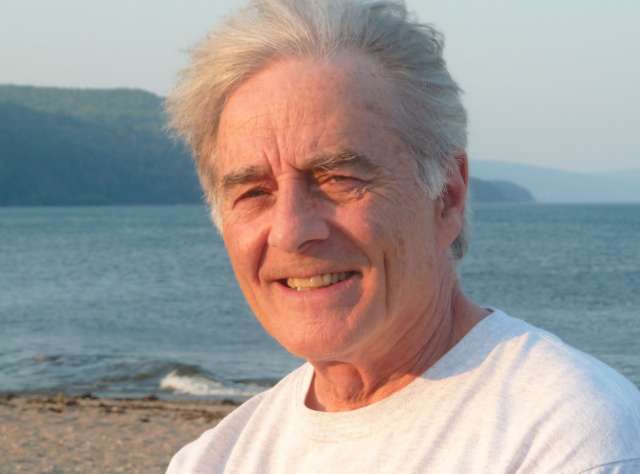 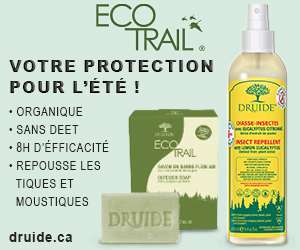 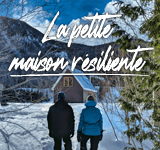